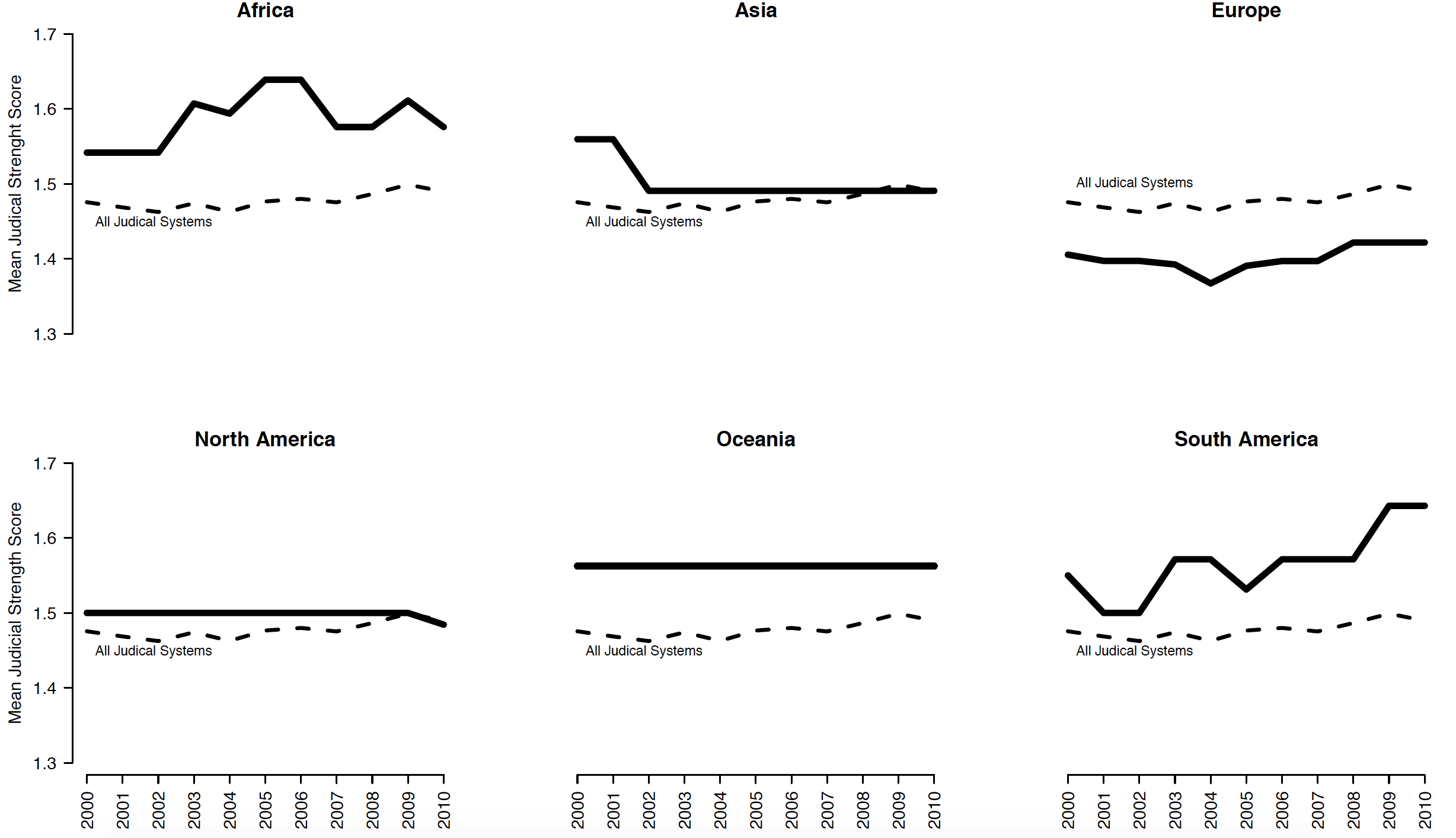 Abstract
To what extent is the judiciary able to act as an effective guardian of oonstitutional provisions during the state of emergency? Modern democracies face a dilemma which is to balance state powers in times of crises. To deal efficiently and effectively with exceptional situations, governments are able to declare the state of emergency to change the political structure in favor of the executive branch. The role of the judiciary – as a central institution to control executive action – is hardly known once it comes to the state of emergency. We address the role of the judiciary measuring the strength of the legal system in times of crisis by coding constitutional emergency provisions in 83 democracies from 2000 to 2010. Based on a theoretical framework linking the literature on the state of emergency to the judiciary, we compare the de jure judicial strength in an emergency across legal traditions and continental regions. Moreover, we analyze the de facto influence of the judiciary applying linear regression with region-year fixed effects. To do so we linking our measure of judicial strength to measures on executive compliance with legal decisions and legislative oversight of the executive when implementing legal decisions from the Varieties of Democracy Project (V-Dem). We also assess the relationship between the protection of civil liberties and the strength of the judiciary. Results show that the judiciary in countries with a common law tradition has a stronger position than the judiciary in civil law countries. Civil liberties are better protected in states with a strong judiciary while executive compliance is frequent in states with a weaker judiciary. A strong judiciary contributes to a healthy political system balancing state powers in times of crises.